The Montvale Event Center is the newest addition to the Ruby Hospitality family. Ruby Hospitality owns and operates one-of-a-kind properties and entertainment venues, each with its own unique personality. We are dedicated to providing guests with a memorable experience and great, personable service. 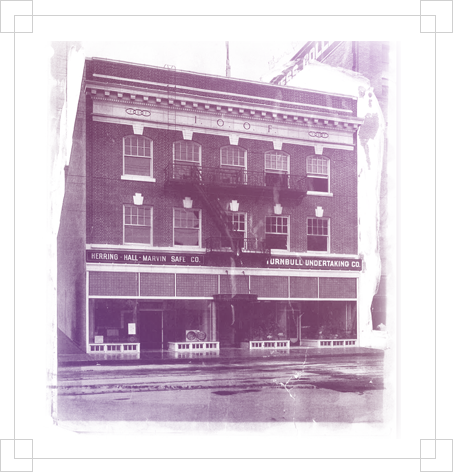 The cornerstone of Odd Fellows IOOF Lodge was laid on January 1, 1909, after eight hundred men marched through the streets of Spokane the $70,000 building was dedicated exactly ten months later. The Independent Order of Odd Fellows is a fraternal organization that saw a resurgence in popularity at the turn of the 20th century.

The building itself was designed by noted Spokane architect, Albert Held, and the stately brick and terra cotta Odd Fellows Building has housed numerous businesses over the course of Spokane’s history.  The ground floor initially housed the Herring-Hall-Marvin Safe Company and eventually, The Riley Candy Company occupied the space from 1917 to the mid-1940s.

The Metronome Dance Hall was in the first floor from 1950 to 1953 until it became the Hi-Spot Dance Hall from 1954 to 1956.  The Lodge Room, finished in mahogany and featuring stained glass windows and $3,000 carpet, was on the second floor. The third floor contained a banquet hall, parlor and kitchen.

The Odd Fellows Lodge is a contributing property in the West Downtown Historic Transportation Corridor, listed on the National Register of Historic Places in 1999.